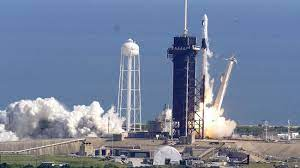 Several countries in the world are competing to send their troops to outer space. In the past only the United States and the Soviet Union competed to explore outer space.

Previously, the Soviet Union, which is now splitting up into Russia, managed to reach Earth orbit first in the 1950s and early 1960s. After that the US overtook with its success to land astronauts on the moon on July 20 through the Apollo 11 mission.

Since the US successfully made the moon landing several other countries have projects into space.

It is no secret that the United States has succeeded in producing their own rockets. America teamed up with the Northrop Grumman company that launched the Pegasus rocket.

The Pegasus is the world’s first privately developed commercial space vehicle. The Pegasus is a three-stage rocket launched from the Stargazer aircraft.

Pegasus first flew at an altitude of 40,000 feet over the Pacific Ocean. Pegasus succeeded in bringing the TacRL 2 space payload into the desired orbit.

Since the success of the Apollo 11 mission, the United States has no longer relied on NASA because of its private involvement in SpaceX. Then SpaceX teamed up with the US to create a cargo rocket.

Later cargo rockets will be used to deliver cargo quickly to any region of the world.

In early October, Russia will realize a new space project, namely filming on the Space Station (ISS). In addition, the Russian Space Agency, Roscosmos also launched the Nauka Science Module to the ISS on July 21, 2021.

This Science Module launches from the Baikonur Cosmodrome, Kazakhstan using the Proton-M Rocket.

While the Proton M rocket is a Russian space rocket that was developed in the early 1960s. The rockets are used to send various space vehicles such as navigational, military and commercial satellites and interplanetary automated stations.

In June China successfully launched the Shenzhou-12 spacecraft which successfully carried three of their astronauts into space.

The plane was launched on a Long March 2F rocket from the Jiuquan Satellite Launch Center in the Gobi Desert. China also has the Shenzhou 12 mission, which is China’s ambitious plan to become the only country to own and run its own space station.

China deliberately built their own space station after opposition from the US to join the international space station (ISS) mission.

Then China is also reported to have successfully tested a rocket engine developed by their own country.

Japan will also manufacture their own rockets. In July the Japanese successfully tested their rocket engine.

The S-520 rocket successfully lifted off from the Uchinoura Space Center in Kagoshima. Not only that, Japan also became the first country to launch a robot astronaut, Kirobo, to the International Space Station (ISS) in 2013.

The UAE launched their space rocket in Japan at Tanegashima in 2020. The spacecraft was named al-Amal or Hope. The plane was designed by the Mohammed Bin Rashid Space Center (MBRSC) in the United Arab Emirates.

The UAE orbiter traveled 482 million kilometers in nearly seven months to get to Mars.

Those are 5 countries that have succeeded in making their own rockets and going into space with their homemade rockets. detikers interested in making rockets?