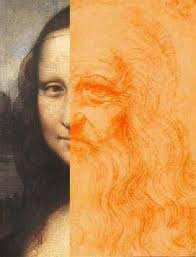 Who does not know the painting “The Last Supper”, Mona Lisa, or “The Creation of Adam”? These paintings are so famous and their beauty cannot be doubted.

Other paintings by world masters, such as Leonardo Da Vinci, Michaelangelo, or Caravaggio, also need no doubt. Not only the beauty of their work that amazes all time, but also the mystery that is believed to be contained in it. The mystery is seen in the form of codes that art detectives are still trying to uncover.

Here are the most mysterious secret codes in the world famous paintings.

1. The Doomsday Prediction Behind “The Last Supper”

This painting is the work of Leonardo Da Vinci. This painting of Christ’s last supper is often the target of speculation. Slavisa Pesci, an information technology expert, creates an interesting visual effect by superimposing a mirror version of the painting on top of the original. As a result, two Templar-like figures were seen at either end of the table. Meanwhile someone, suspected of carrying a baby, stood by Jesus’ side.

Meanwhile, Giovanni Maria Pala, an Italian musician, indicated that the position of the hands and bread can be interpreted as musical notes and signs. If read from right to left, as is characteristic of Da Vinci’s writing, it will form a musical composition.

What’s more, Leonardo Da Vinci is even believed to have predicted the end of the world in the painting. According to Da Vinci, on March 21, 4006, the earth will be hit by a flood. The great disaster will lead to the apocalypse on November 1, 4006.

Da Vinci’s prediction was discovered by Vatican researcher Sabrina Sforza Galitzia who works in the Vatican archives. Galitzia suspected that the Italian genius had inserted his prediction in code.

Galitzia, who has studied the Da Vinci manuscript at the University of California, said the semicircle above the painting of Jesus and his disciples at the last supper before the crucifixion contained hidden codes.

“There is the ‘Da Vinci code’, the Da Vinci code — not just the code that Dan Brown cracked,” Galitzia said as published on the New Kerala page.

The Da Vinci code of the apocalypse uses the zodiac symbol and uses 24 Latin letters instead of the symbol for 24 hours in a day. However, it is not explained how the symbols in the painting can be read as a prediction about the apocalypse.

A shining disc object is seen hovering in the sky above the left shoulder of Our Lady in the painting Madonna with Saint Giovaninno by Domenico Ghirlandaio. If only it was a modern painting, one could immediately guess the strange object was a UFO image.

Somehow the story of people in the Middle Ages had an imagination about UFOs or aliens. According to the Examiner website, the painting by Domenico Ghirlandaio isn’t the only one from the Middle Ages that features a strange object.

Freemasonry was a secret fraternal organization between the late 16th and early 17th centuries. The painting “Young Mozart’s Portrait” is the work of an anonymous painter probably made by Antonio Lorenzoni. This painting is thought to be a symbol of dedication. It is common knowledge that Mozart is a Freemansory figure.

4. Fish Code in “The Supper at Emmaus”

The painting “The Supper at Emmaus” is by the Italian master of painting Baroue, Caravaggio. This painting depicts the moment when the resurrected Jesus in disguise reveals who he is to his two disciples in the city of Emmaus, then disappears from their sight.

This painting is unusual for a life-sized figure, dark, with a blank background. On the table in the painting is a basket full of food too far to the side. There is also a fish-like shadow that may indicate a code of tacit confession for Christians.

“Netherlandish Proverbs” is an oil painting on oak panels created in 1559 by Pieter Bruegel the Elder. There are about 112 idioms that have been identified from the painting.

Some of them are still used today, such as “swimming against the current”, “big fish eat small fish”, “banging one’s head against a rock wall”, as well as “armed to the teeth” or “fully armed”. According to the website Gallery of Art, Bruegel’s paintings are a merciless moral mirror of a city that is lost and without direction.

6. Kabbalah symbol in “David and Goliath”

Experts scanned the figures in the 14,000-foot work. They then found a form associated with the Hebrew letters in Michelangelo’s painting. One of them is the figure of David and Goliath who form gimel letters symbolizing g’vurah or “power” in the mystical tradition of Kabbalah.

On the opposite wall, a scene shows Judith and her servant carrying the head of the Assyrian general Holofernes forming the Hebrew letter chet which means “to love goodness”. Reporting from the Telegraph, Michelangelo is believed to have studied Judaism at Lorenzo de Medici, Florence.

The original faded and cracked Mona Lisa still hangs on the walls of the Louvre Museum, Paris. It wasn’t that big, 77 x 53 centimeters, but his enigmatic smile pierced the bulletproof glass that protected him, holding the images of the human mind hostage.

What is mysterious is not only Mona Lisa’s smile. But also his eyes. Hidden in the dark paint on the pupil of the Mona Lisa’s eyes, there are letters inserted by the maestro, Leonardo Da Vinci. This secret code is revealed thanks to the latest magnification technology.

Silvano Vinceti, president of the Italian Cultural Heritage Committee who discovered the symbol. In his right eye there is the letter ‘LV’ which may be the initials of his name, Leonardo Da Vinci. While in his left eye there is also an undefined letter symbol.a

Vinceti said Da Vinci carried the painting with him everywhere in the last years of his life. Da Vinci himself was an esoteric man. It can only be understood by certain people. He often inserts symbols in his work. Who knows, there is a message of love in the painting.

8. The “Throat of God” Brain in the Sistine Chapel

Scientists from Johns Hopkins University School of Medicine in Baltimore, USA, Ian Suk, and Rafael Tamargo say one of Michelangelo’s last paintings on the chapel ceiling depicts precisely the spinal cord and brainstem of humans. If examined carefully, the anatomical image is found in the painting of a God who is separating light from darkness with His hand.

Well, upon closer inspection, the strange painting that looked like a faux pas proved to be the work of a genius. As written in the journal Neurosurgery, the experts concluded that’s where Michelangelo inserted detailed images of the human brain as a secret message.